Today, I’d like to offer a piece of advice that I think all singers will find of great benefit- how to take advantage of the latest iPad and iPhone apps available for singers. Let’s start with a little stroll down my personal memory lane so that you full understand why and how apps can be beneficial to your personal vocal success…

The Birth of the Home Recording Studio
Ah, the home recording studio… Has a nice ring to it, doesn’t it? I remember the day that I decided I wanted my own home recording studio. It was the Fall of 1993 and I was in a music store with Christmas eyes. That day, I purchased an Alesis ADAT 8-track recorder. The price for an ADAT was only a whopping $4000.00, not to mention another $2000.00 for a microphone, mixing board, and ADAT cable. So there I was with $6000.00 in equipment and a million song ideas running through my head, ready to record and release my best-selling record. After all, I had what I considered a professional setup.

Little did I know I’d spend countless hours learning to use my new recording studio, rewinding ADAT tape, re-recording vocal tracks and keyboard parts because of a sour note or slightly out of synch keyboard lick. It was nerve-wracking. In the end, I had dozen ADAT tapes of unfinished demos. More importantly for me as a vocal coach, I discovered that I could use my ADAT to record piano scales, then record a vocal track to critique my vocal practice sessions. Through recording my voice and vocal workouts, I was able to pinpoint and eliminate certain vocal flaws. Still, this is a very expensive way to critique your vocal workouts. If only there were a cheaper way…

The Dawn of Vocal Technology
Technology has vastly changed over the years, especially for musicians. Now, anyone can create a home studio using a DAW on their computer like Pro-Tools, Reaper, or Studio One. Even more amazing (and cheaper in cost) is the music related apps being released for iPhones and IPads. The amount of app developers that have flooded the app store has offered a wide variety of incredible apps for musicians and singers to write and record music as well as record their vocal practice- at a fraction of the cost. In fact, I just bought an 8-track ADAT-like recorder as an in-app purchase for IK Multimedia’s, VocaLive app for only $4.99… For those of you calculating, that’s just over one-tenth of one percent of the price I paid for an ADAT back in 1994! 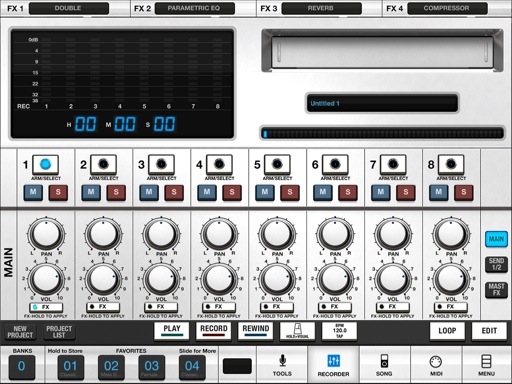 I’ve been an app maniac for several years now and have purchased practically every 4-track recorder, multi-track recorder, tuner, metronome, vocal effects processor, and vocal training apps out there. My favorite apps come from IK Multimedia. I own Sample Tank, iGrand Piano, VocaLive, and Amplitube. Even with the in-app purchases, the cost was barely a hundred bucks for all four apps. I now have on my iPad and iPhone, a full fledged recording studio, as well as 4-track and 8-track studios, a suite of piano, string, organ, and synth sounds, and a fully loaded vocal effects processor which is as cool as my VoiceLive2 floor unit from TC Helicon. Now I have an inexpensive setup right on my iPhone/iPad for learning the ins and outs of how to create backing tracks with drums, bass, and rhythm, how to improve my multitrack recording skills for tweaking EQ, compression, and a dozen other vocal effects, as well as a way to record piano scales based on my vocal range, and then, if I choose, record my practice sessions to critique my vocal progress. I feel as if I’ve transcended to app Nirvana!

Your Turn for App Nirvana
If you want to grow as a singer and musician, and you own an iPad or iPhone, take advantage of the latest apps available to learn how to tweak your own vocal sound, add music tracks to a multi-track recorder, multi-layer and edit vocals, and record your own vocal practice for personal critiques. I’m so in love with these apps and the benefit they offer to singers, that not only do I use them to create vocal scales and critique my own workouts, but I’ve also revamped my online Skype vocal studio with my iPad and iPhone as my teaching setup. I now use Sample Tank or iGrand on my iPhone plugged into a Yamaha Carbon 61 iPhone ready midi keyboard (for piano scales) plugged into a TC Helicon monitor. I then use my iPad for Skype video conferencing, with a condenser mic plugged in via iRig Pro (IK Multimedia piece of hardware). 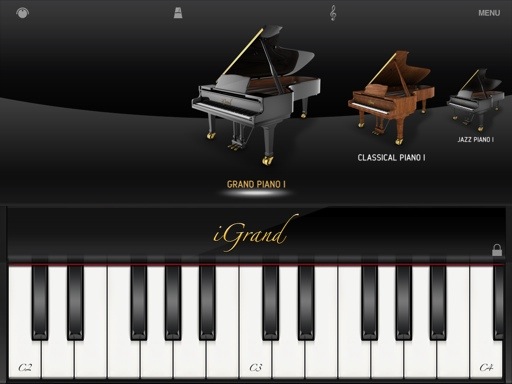 FYI- For those of you interested in using a keyboard with the iPad, the Carbon 61 has abuilt-in iPad slot. I also own the iRig keys keyboard, which allows me to pack this tiny keyboard in my suitcase for travel to teach on the road and record song ideas on the fly. As well, I own an Akai MPK-88 midi keyboard, but it consumes too much power to be used by an iPhone or iPad. Bottom line, if you plane to record scales, it’s beat to have iRig or Carbon keyboard, because punching keys on your screen isn’t too productive, unless of course you’re programming scales in Sample Tank.

Don’t Wait, the Apps are Waiting on You!!!!
Regardless, of your needs, take advantage of this technology. Best of all, you CAN get free version of all these apps in the iStore. Just search for “IK Multimedia”. While I haven’t guided you through how to use these apps. not to fear. For those of you who plan to join the Vendera Vocal Academy, I will be adding video tutorials for these apps on a monthly basis, so that you can take full afvantage of their capabilities. Stay tuned, the Vendera Vocal Academy is launching soon!

PS- On the Android platform? IK apps are available for you too! I am only speaking from personal experience, and didn’t want to leave my fellow Droid users in the dark. So, check out your app store today too! 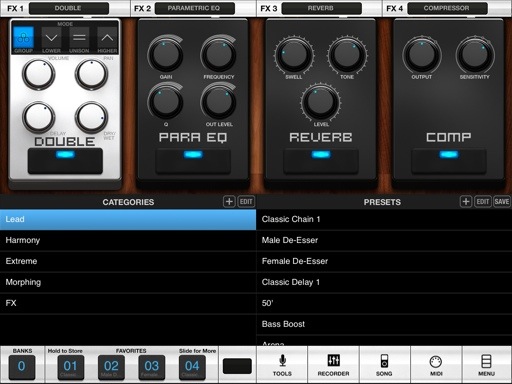 What gear do you need to teach music online?