An Interview with Sahaj Ticotin (Solo Artist and singer of RA) – JaimeVendera.com

An Interview with Sahaj Ticotin (Solo Artist and singer of RA) 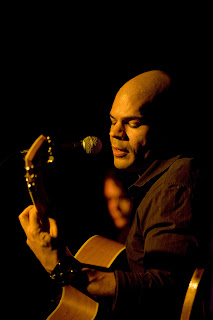 After years of rocking in Ra, Sahaj has recorded a collection of intimate songs to reflect both the love he has found and maturity he has grown into. This record is more about Sting, John Mayer and Daughtry than anything and is full of catchy hooks. The melodies are fresh yet somehow classic and the musicianship is top notch. Besides writing and performing the music, Sahaj also engineered, produced and mixed the record. Old Ra drummer, Skoota Warner plays throughout the album and makes his presence felt with great passion and skill. In this interview, we discuss RA’s past, and future as well as Sahaj’ first solo release…

Jaime: You’ve just released your first solo record, Another Minute. It’s a nice eclectic departure from RA. The songs, many acoustic based, have a more mainstream pop feel. But the strong vocals, harmonies and range are ever present, as is evident on songs like, “Come what May”. It’s a great record that will please many fans. Why did you decided to release a solo project?
Sahaj: I met my wife in 2005. I simply couldn’t help but a write a bunch of love songs for her… that’s where it all started. Releasing a record that was essentially non-rock was something  I’ve always known I would do. These love songs just seemed to be the perfect place to start. The RA stuff is great fun but a bit limiting for me as both a singer and writer so I did the solo thing to show some other colors.
Jaime: Could we expect any of these songs to sneak their way into a RA set, like, for instance, the song, “Please Tell Me”?
Sahaj: No but it is very likely that some Ra songs will find their way into a solo set albeit toned down!
Jaime: “She’s All You Ever Need” sounds like it could have made the Duality record. 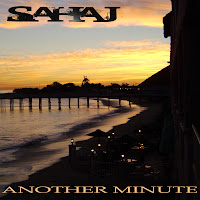 Sahaj: Who told you!! A version of that chorus was actually in a song that was originally on the list for Duality.

Jaime: One of my favorite songs from Another Minute is “Walk Around the Sky”. What are your favorites from this release?
Sahaj: I really like “A Hand on One Eye” and “The Willows Weep” … they are the most moody and mysterious to me.
Jaime: To the fans, it seems that Ra has taken a break. Last release was Black Sheep, a release of previously recorded songs and one new track. Since that time, what has been your focus? Mainly producing? Song tracks for TV and movies? For instance, I heard “MIA” on Bad Girls Club.
Sahaj: Well, technically the last thing RA released was “Running Blind” last year but it is definitely true that I’ve been focused on producing both rock and pop bands while living in Los Angeles. There will be new RA music this summer.
Jaime: Who are some of the up and coming bands you’ve produced that your fans should be listening to?
Sahaj: Downstait, Concordia, Beauty in the Breakdown, and September Mourning.
Jaime: Have you written a lot of material for the new RA release.
Sahaj: Yes, I already have most of the record written. It’s just a matter of getting the label business straight and making it happen.
Jaime: Who’ll be filling the bass and drums department on the record?
Sahaj: PJ Farley and Ben Carroll will both be back for the next album as well as Ill Nino drummer Dave Chavarri.
Jaime: Will there be another RA tour?
Sahaj: Yes. It will be limited to radio markets, but we will be out there.
Jaime: I’m sure you’ve grown vocally through touring. What became your vocal routine for keeping your voice in shape on the road?
Sahaj: Water, water, sleep and water. After that, 20 minutes of warm up. I also limit my dairy a lot now.
Jaime: Last time I saw you, I believe you had a bad sinus infection. But, you really pulled it off and sounded great. For that gig, you told me that you simply pulled back the volume to conserve your voice. Has “pulling back” become your secret during those inevitable times when you have a cold or flu and still have to sing?
Sahaj: No… not touring has kept me from singing sick!!! Seriously, singing efficiently is something I pride myself on and it took a long while to get it right.

Jaime: I love it when a rock singer releases a solo project and it does well. It allows people to see a different side of the singer, which I believe is important for the artist to release other creative streams. Can we expect to see a solo tour and more solo music from you?

Sahaj: I will be playing the solo stuff up and down the west coast soon and it will be with a full band… and yes, I hope to have more solo stuff in the future.
Learn more about RA on their Official Page and listen to songs by Sahaj HERE
Order Another Minute on Itunes and Amazon

follow me on:
Previous Post Vendera Interviews: Ben Carroll of the Hollow Glow and RA Next Post Extreme Scream 2: Grit & Rasp is here!!! Get it at ScreamingLessons.com!!!